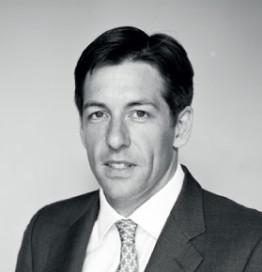 Charlie Tryon co-founded Maris and is a Director of Maris Limited. He oversees the group from East Africa. Prior to Maris, Charlie developed a successful portfolio of venture businesses in Afghanistan and East Africa.

In 2015, Maris acquired Venice Mine Complex in Zimbabwe. Venice Mine is a complex of 8 mines with extensive underground and surface infrastructure and over 100 years of recorded production. Venice Mine started production in 1906 and has produced over 20 tonnes (650,000oz) of Gold throughout its life.

Venice Mine Complex was closed down in 2002 whilst under the management of Falcon Gold Zimbabwe Limited citing a lack of adequate exploration and development on the mine, deteriorating economic climate in Zimbabwe and a low gold price. The company complies with local and international regulations, including the IFC Performance Standards on measuring, mitigating and reporting its environmental and social impact. The company is working closely with the local community and small scale miners and is seeking to develop a mining outreach model to support the legitimisation and improved mining practices of local artisanal miners.

In 2013, Maris acquired Commoner Mine and its surrounding mining claims in Zimbabwe. Over the past 4 years the company has developed a carbon in leach (CIL) operation to re-treat old mine tailings, and an open pit mining operation. The company is looking to expand operations further and re-open underground mine workings on the claims.

Commoner Mine was closed in the early 1980’s by the Falcon Group of Mines and has laid dormant until 2013. The mining claims cover a number of old mines include Bee Mine, Bee Eater Mine, Glue Gum, Pamela and the old Commoner Mine itself. The company complies with local and international regulations, including the IFC Performance Standards on measuring, mitigating and reporting its environmental and social impact.