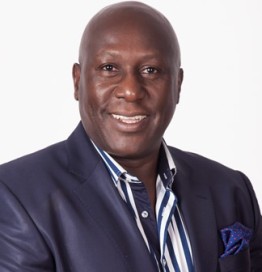 He served as senior exploration geologist for SAMAX Resources Ltd. He is a geologist and consults to a professional group on project evaluation and labour planning. He has extensive experience in the evaluation and management of mining projects, the formulation of company strategy, resource optimisation and business process analysis. He has undertaken various high level research studies, consultancy assignments and evaluations in the mining industry and other business sectors for the European Union, BHP, the University of Southampton and the Zambia Revenue Authority among others.

He worked in London as a consultant geologist for BHP Minerals International Exploration Inc. He served as senior exploration geological consultant to the European Union (EEC). He has held various senior positions in the mining industry including that of Exploration Manager for JCI Limited of South Africa (then Part of the Anglo American Corporation) covering various countries namely Ivory Coast, Burkina Faso, Senegal, Ghana, Mali and Gabon. He has worked for Anglo American as consultant geologist. He serves a Director of Mmakau Mining (Pty) Ltd. Dr. Kasolo served as a Non-Executive Director at Firestone Energy Ltd. since January 28, 2011 until November 29, 2013. Dr. Kasolo has published various papers on geology. He holds a Ph.D in Economic Geology from University of Southampton as well as an MSc in Mineral Evaluation from Nancy Ecole de mine, France. Dr. Kasolo also holds a BSc in Geology from the University of Zambia. He holds various other business and technical qualifications.