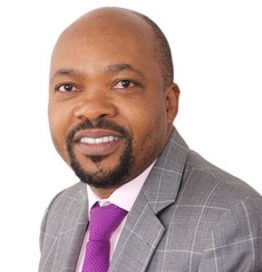 Norman is currently a Group Executive at Econet, a Pan African Telecoms, Media and Technology (TMT) Company. Within this role, his responsibilities include being substantive CEO of Cumii Technologies, a Pan African Internet of Things (IoT) company and the CEO of Distributed Power Africa (DPA -a renewable energy solution firm). Prior to his current engagements, he was the Chief Executive Officer of Helios Tanzania and Etisalat Tanzania.

Norman has a well-rounded experience gained whilst working in various African countries like Nigeria, Zimbabwe, Zambia, Tanzania and South Africa. Having begun his career journey at Standard Chartered Bank, he moved into the telecommunications industry when GSM technology was introduced in Africa by being part of Econet Wireless Zimbabwe team.Thereafter he moved to Celtel International as Commercial Director in Zambia before landing the job of Chief Marketing Officer in Nigeria.In 2011 Norman was nominated to the prestigious GTB global top 40 world telecom leaders under 40 years as a result of his work in Nigeria. In addition, his exploits in IOT have recently earned him two Titans of Influence awards (2017) on a national and regional level in the information and communication technology (ICT) sector.

He holds a Master’s in Business Administration degree (MBA) from the University of Zimbabwe (U.Z) and London Business School training; as well as an Honours Degree in Economics from U.Z.